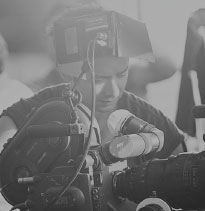 Tony Edgar is a gun for hire. Generally, he is the lead cinematographer on almost all of RIP’s shoots. His skill as a camera operator is only matched by his skill at painting a set with light. Tony has shot films, TV pilots, commercials and music videos around the world. He’s used to extreme environments where the “run and gun” approach to filming is the only option. Environments like Playa Del Carmen, Dubai, Costa Rica and Hawaii to name only a few.

Tony has become a voice for the new age cinematographer. His voice and words can be read in Canadian Society of Cinematographers magazine, where he and Geoff Davidson were featured as they were sent to Dubai to shoot two commercials for the United Arab Emirates as well as a film for Saudi Arabia.